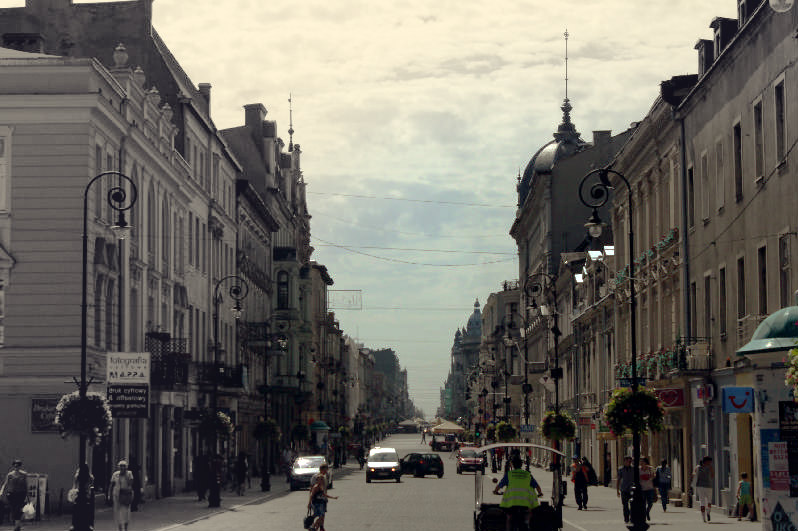 Situated in Central Poland, Lodz [Łódź] was one of the most cosmopolitan cities in Poland. Diverse population of Poles, Jews, Germans and Russians formed its one-of-a-kind community.

At the turn of the 20th century the city grew in importance thanks to the intense development of the textile industry (that is why it was known as “Polish Manchester”). The time of prosperity brought about a great influx of the Jewish population. Over 1/3 of textile manufactures were in the hands of Jewish industrialists. Great fortunes gained at the time are still visible in the urban architecture – astonishing residences of the manufacture owners such as Israel Poznański and industrial buildings stand for an important heritage of Łódź. Apart from the industrial heritage, Łódź is known for its National Film School. The most recognised Polish film directors such as Andrzej Wajda, Roman Polański, Wojciech Has and Krzysztof Kieślowski  studied here. 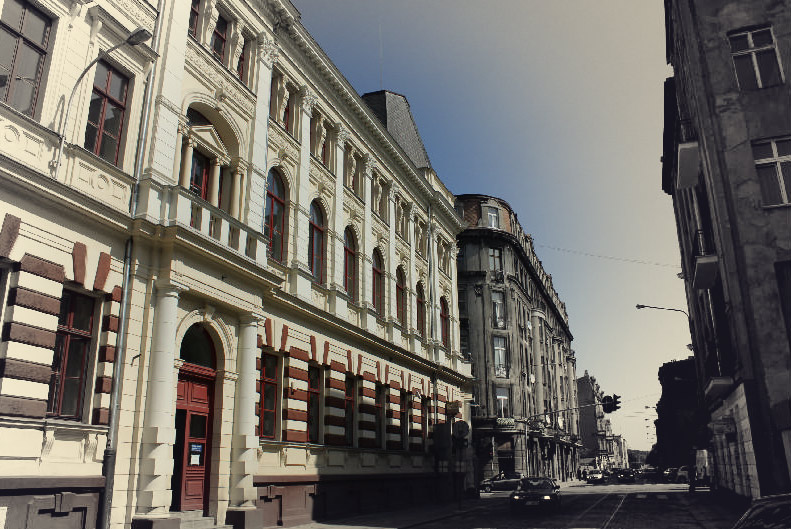 During the war the city was renamed into Litzmannstadt and incorporated to the Third Reich. One of the first public buildings to be destoyed were synagogues, yet other examples of  very rich Jewish architectural heritage remained. Lodz downtown is still spotted with numerous schools, hospitals, culture centres, banks and theatres build once by the local  community.

Visitors to Łódź can admire Europe’s largest Jewish cemetery, famous for its spectacular tombs of local industrialists and thousands of matzevot of “Lodzer” Jews.

The liquidation of the Łódź Ghetto took place in 1944. The infamous Radegast train station that was preserved until today is a very moving symbol of the extermination. It is from here that the trains to death camps of Chelmno(Kulmhof) and Auschwitz took off.