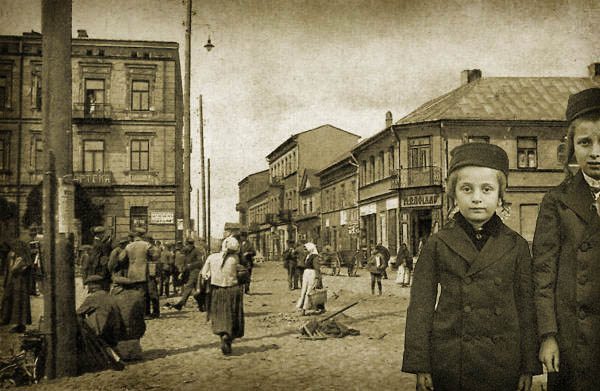 For many years associated with Holocaust sites only,  Poland recently receives more recognition as a place where Jewish life thrived for centuries.

There are many important places in the country that are crucial to see for those who want to learn about the history and heritage of Polish Jews. Check out the list of our designed tours or ask about a possibility of arranging a tailor-made one.

No other country in Europe has such close historical and cultural ties with Jews as Poland. For a very long time the Polish-Lithuanian Commonwealth was called a Jewish paradise and it was a place where Jews enjoyed relatively wide autonomy. Their population had been increasing continuously over the centuries, reaching 3,3 million just before World War II broke out. The Nazi extermination policy marked the end of the Jewish era in Poland. Many of the ten percent of Jews who survived the Holocaust left for America and Israel. This was exacerbated by a wave of postwar antisemitism and policies of Polish Communist government.

It is hard to estimate the number of Jews left living in Poland’s 38-million population now, but the number of  15,000 people with Jewish roots seems to be the most accurate figure.

It has to be said though, that after years of stagnation Jewish culture is again beginning to flourish. Derelict synagogues are being restored, cemeteries cleaned up, and in many places one can hear long-forgotten Klezmer songs. More and more Poles now realize how much Jews have contributed to Polish culture.    Now, two generations after Shoah many people are rediscovering their roots, starting to speak about the past, and joining Jewish youth organizations. At the same time Polish gentiles are starting to learn about the Jewish past of their country. The best examples of the revival of interest in these issues in recent years are the famous Jewish cultural festivals in Krakow and Warsaw.

The best time to visit Poland is probably now. After decades of social and political isolation behind the Iron Curtain, the country has joined the European Union and NATO, and has become a safe, easy and still cheap place to visit. Nowadays is also the last time that it will be possible to speak to the generation of people who remember the old Poland….

There are many important places in the country that are crucial to see for those who want to learn about the history and heritage of Polish Jews. That is why we come with our carefully prepared tours.