Being a small backwater town today, Tykocin used to be one of the most important Jewish communities in Poland. Local Jews were representatives at Waad Arba Aratzot (Council of Foru Lands) – the Jewish parliament existing in Poland between XVI and XVIII century.

As a sign of its prior significance, Tykocin can still boast with the second largest synagogue in the country. Town attracts visitors with its nostalgic atmosphere and well preserved historical architecture.

Founded in XVI century, the community grew enormously thanks to numerous privileges that it was given, especially economical and social ones. Local Jews were able to hold business and trade all over the region. Moreover, they were under the jurisdiction of the town’s owner. Also the location of the town on trade routes was favourable. These conditions resulted in a great economical growth over the centuries.
Local Jews were especially keen on trading salt, spices and cloths. Later on, they started to provide financial services to the royal treasure which was a lucrative business itself. Eventually, Tykocin became famous in the world for its tallit (prayer shawl) production.
The town was known in the Jewish world also for its input to the Talmudic studies.
Tykocin community was superior to communities within a radius of 100 km (Siemiatycze, Orla, Boćki, Zabłudów, Choroszcz, Gródek).

Economical changes brought about in XIX and XX c. have changed the structure of the community. Many left abroad or at least for Białystok, others started to feel the economical problems.

Less than 20 Tykocin Jews survived the war. Others were killed in the nearby forest, Białystok ghetto and Treblinka.

Still to be seen in Tykocin:

Situated 200 km north-east from Warsaw, used to be the gate between East and West. The biggest city in this part of Poland was a melting pot of cultures until WWII – there were Poles, Jews, Ukrainians, Russians, Belarusians and Lithuanians living here at that time. Large Jewish community contributed a lot to the economical and cultural development of Białystok. Białystok used to be called „Jerusalem of the North”.

Jews have been present here since mid XVII century although Białystok was not even a city back then.
Jews were encouraged to settle by the family Branicki – Białystok owners in order to animate local economy.

During the times of partitions, Białystok was situated at the very West of the Russian Empire. The creation of the Pale of Settlement by the czarist Russia provoked a mass migration of the Russian Jews to Bialystok and other locations in that area. Many litvaks from Brest and Vilna came over at that time.

Over the centuries, local community grew in importance and started to play a significant role in the life of the city.
From the XIX century on, the city started to experience a fierce fight between different fractions of Judaism – the followers of the Haskala (Jewish enlightenment) and the Orthodox among others. Being a witness of these conflicts, a local medicine doctor, Ludwik Zamenhof, decided to create an international language in order to prevent wars and religious conflicts in the world of the future. According to Zamenhof, most of world’s problems were caused by the people’s inability to comprehend others. That is why he came with an idea of esperanto – an artificial language based on European languages, apparently very easy to learn and thus being a remedy.
Close future was to bring an end to Zamenhof’s pacifistic dreams.

In June 1906 Białystok Jewish community was hit by a pogrom provoked by the Czarist forces. It resulted with over 90 casualties and an exodus of many Bialystoker Jews that followed. Some of them fled to New York city and joined their country fellows on the Lower East Side.

Being a border city brought a great economical profit to Białystok. Textile manufacturing started to develop here from the first half of the XIX c. thanks to the former Napoleon’s soldiers originating from Saxony.
Soon local Jewish entrepreneurs started to supply textiles for the Russian army which build some great fortunes.
Just before the outbreak of the WWI 70 % of the city’s population was Jewish (61500 people).

Jewish community used to live between Lipowa street and river Biała, along today’s Sienkiewicza and Suraska streets. Predominantly orthodox Szulhof, poor Chanajki and Piaski – these were some of the Jewish neighbourhoods. Most of the architecture were initially wooden one-storey buildings. A few survived until our times.

Between two world wars many of the Białystok Jews emigrated abroad – mainly to the US and other countries of both Americas. Thus the number of Jews in the city decreased to ca. 43% of the total population.
WWII brought an end to this status quo.
Białystok Jews, at first occupied by the Red Army, suffered physical, social and economical persecutions, including deportations to Siberia. In the same time, Białystok attracted tens of thousands of Jews from Nazi occupied Poland that were seeking shelter in the city. When Nazi authorities created a ghetto, ca. 40-60 thousand Jews lived in Białystok.
Local Jews, constantly being killed on the spot or deported to other ghettos or death camps, managed to organise an underground militia. Eventually, the uprising that took place August 1943 was the second largest uprising in European ghettos.
Estimations say about 260 Jews that survived the war in hiding.

Only one out of numerous Białystok synagogues survived until our days – Cytron synagogue. Unfortunately it has been transformed over the years and due to lack of the community and it is not being used for ritual services anymore.
Many tenement houses and palaces of Jewish industrialists are still to be seen in Białystok. They all testify the rich Jewish past of the city. 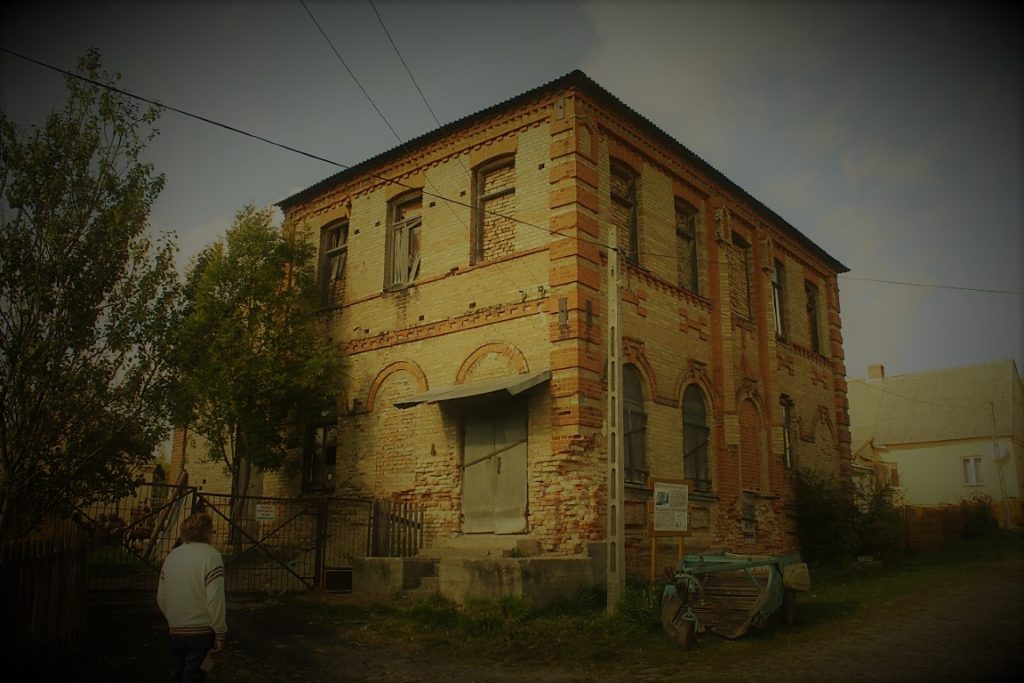 Town with a multicultural past created in the old days by Jews, Catholics and Orthodox – while the first were ca. 70% of the total population.
Local Jews were keen on textile and tanning industry.
During WWII a Jewish ghetto existed in town. Most of local Jews were killed by the Nazis on the spot or exterminated in Treblinka gas chambers.

The town has an interesting spatial arrangement with as many as 11 streets joining the main square having.
Krynki is a very special place on Podlasie Jewish trail with the following Jewish traces:

Village (town in the old days) situated south from Białystok, boasts with a great synagogue building dating back to XVII c. Although Jews were majority of Orla’s inhabitants before the war, the synagogue is today the only sign of the Jewish presence here.
The atmosphere of the town gives a rough idea of how the place looked like before the war as many old houses are still there.
A hundred meters away stands the Orthodox church which is a typical view in this part of Poland.
As many others in Poland during and after the war, the synagogue served different purposes throughout the years: it used to be a hospital and storehouse for fruits and cereal, even a barn. It is one of the few synagogues still standing in Podlasie region.

Most of the Jews from Podlasie region were murdered in the infamous Nazi extermination camp of Treblinka. Situated relatively close to Warsaw, the place became an eternal grave for over 900 000 people, mostly Jews.
Horrifying atrocities that took place in this nowadays idyllic-looking forest are commemorated by hundreds of stones, each of which pays hommage to a different Jewish kehilla exterminated here.
Since the Nazis managed to obliterate the traces of crime nearly perfectly, practically no traces of the camp survived. Nevertheless, the place brings an enormous emotional impact to the visitors.