Several photos from my last tour of Wolbrom [Yid. Volbrom]  and Olkusz [Elkish] – two industrial towns located along the important Dąbrowa-Dęblin railway line, before the war known for their  thriving, long-established Jewish communities. 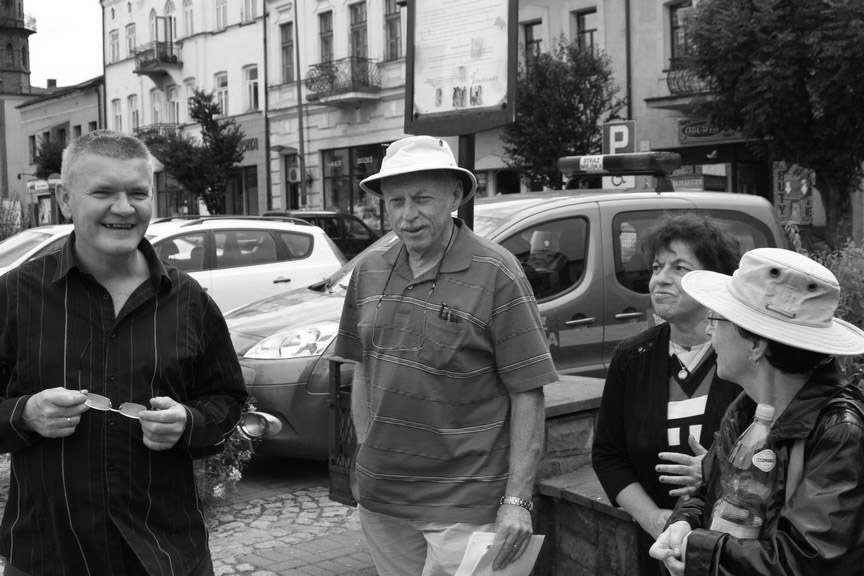 Our friendly meeting with people from Wolbrom authorities – Wiesław Biernacki (left) with Mark and Felicia whose grandparents ( Chojt family ) came from Wolbrom. 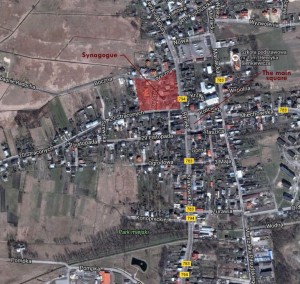 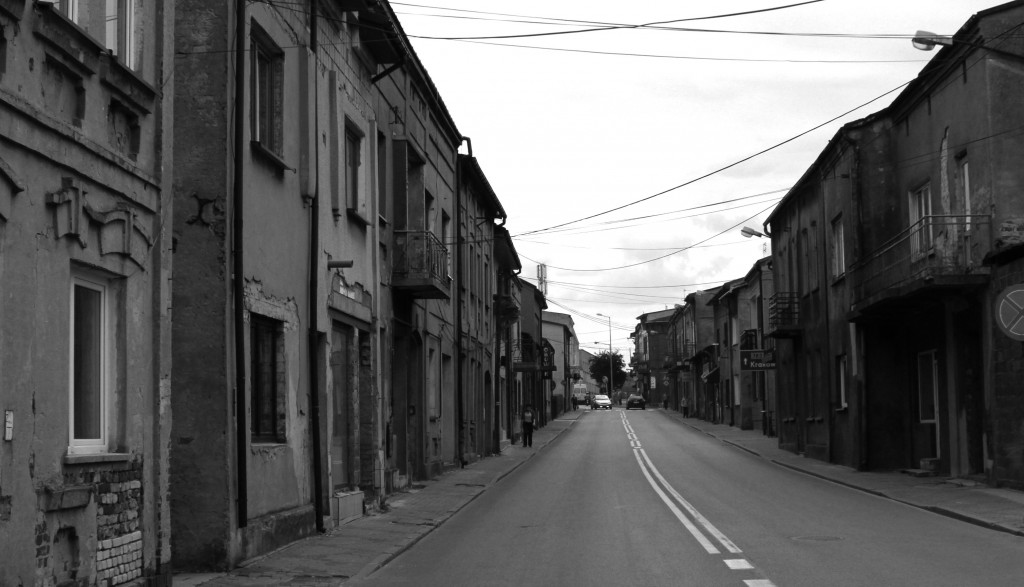 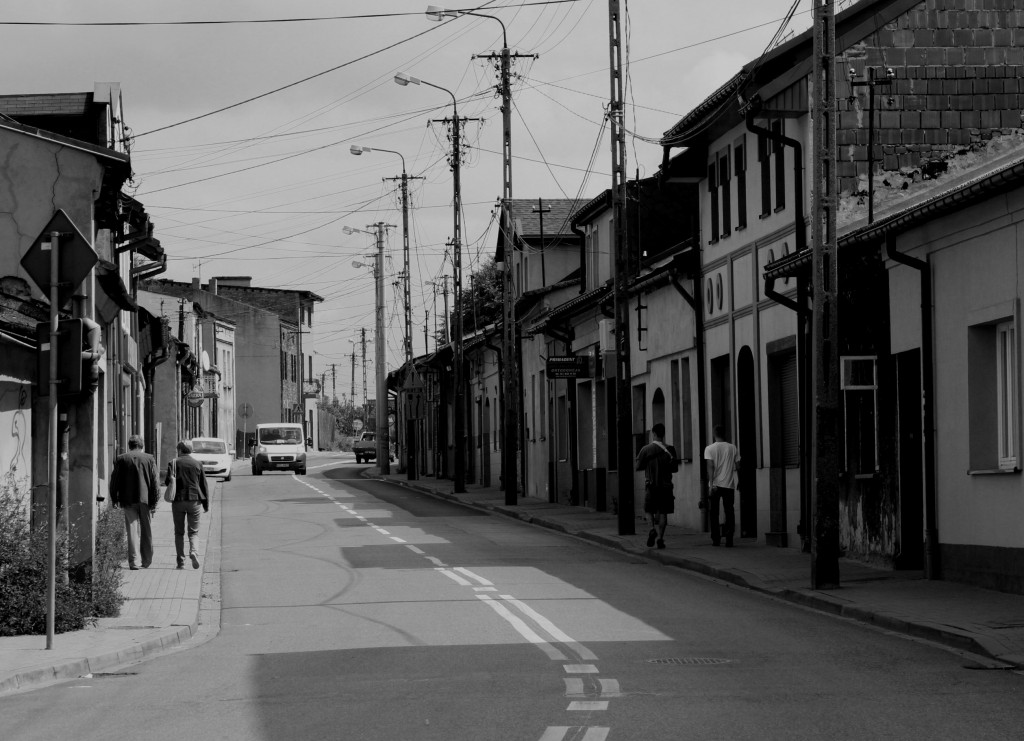 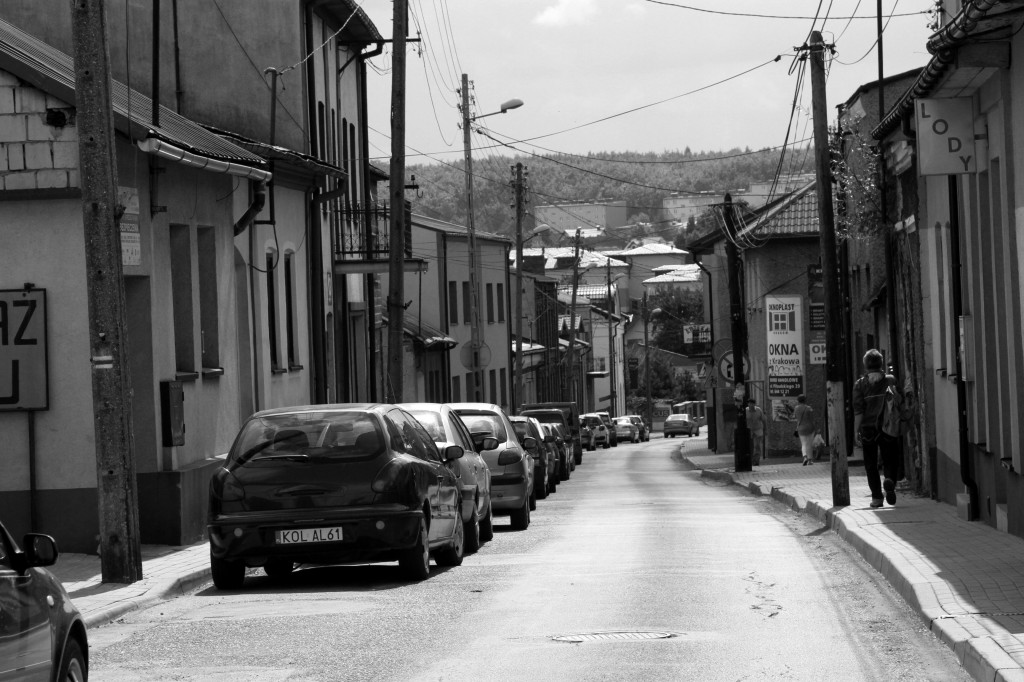 The old town street leading to the part of Wolbrom built under communism. In spite of big investments in the 60ties the town never reached its prewar population level, when 50% of the inhabitants were Jewish. 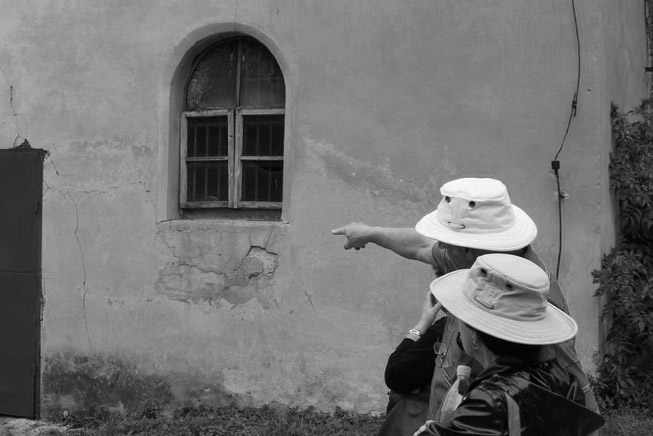 The Wolbrom synagogue was destroyed during the war – surviving ruins were dismantled in the 50ties. The building on the photo is a 19th c. beit midrash, the only public Jewish building remaining in Wolbrom nowadays. 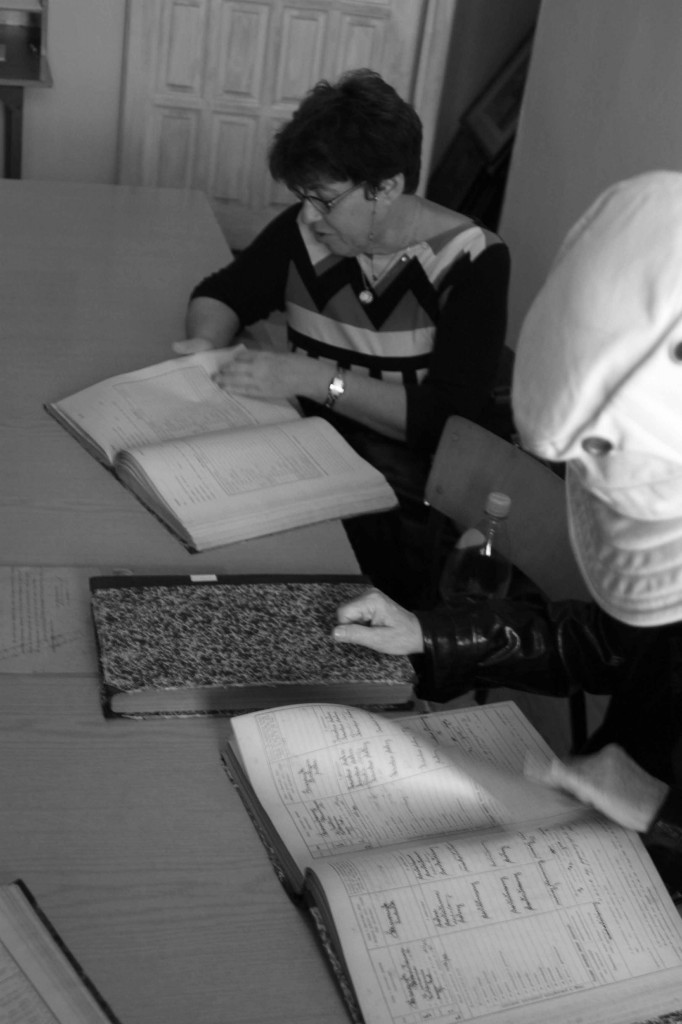 One of the best preserved prewar records from Wolbrom can be found at the local elementary school archive. Here looking for grades of different Jewish children that attended the school in the 1920ties.