Jędrzejów, a town in Kielce region, is usually linked with the Cistercian abbey dating back to the XII century and the Clock Museum boasting one the richest collections in the world. It does not mean though that there was no Jewish population formerly. According to different sources, the prewar Jewish community ( kehilla established around 1875) counted ca. 4000 people which represented some 30-40% of the total Jędrzejów population. Jews of Jędrzejów were settled mainly in the streets neighbouring the Rynek (main square). During the war a Jewish ghetto was established in Jędrzejów. At its climax there was ca. 6000 Jews from Jędrzejów and the locations like Lelów, Małogoszcz, Mierzwin, Nagłowice, Nawarzyn, Prząsław, Sobków.

There is virtually no material heritage of the Jewish life in Jędrzejów nowadays. It resulted with a situation where the Jewish past has practicaly been forgotten. Presumably very few Jędrzejów inhabitants are aware of the fact that the town was inhabited by Jews too at a certain time.

The only visible and direct indication that the Jewish community had existed is the cemetery outside the town. Or, more precisely, what there was left of the Jewish cemetery. An informational board marks the place where only few stones are left and none with the Hebrew inscriptions really.

Most of the matzevots are gone. According to older inhabitants, the matzevots were used by the nazis to pave the ground around the storehouses close to Jędrzejów railway station. Some of them though survived the war at their very place and were taken away only after it was finished… 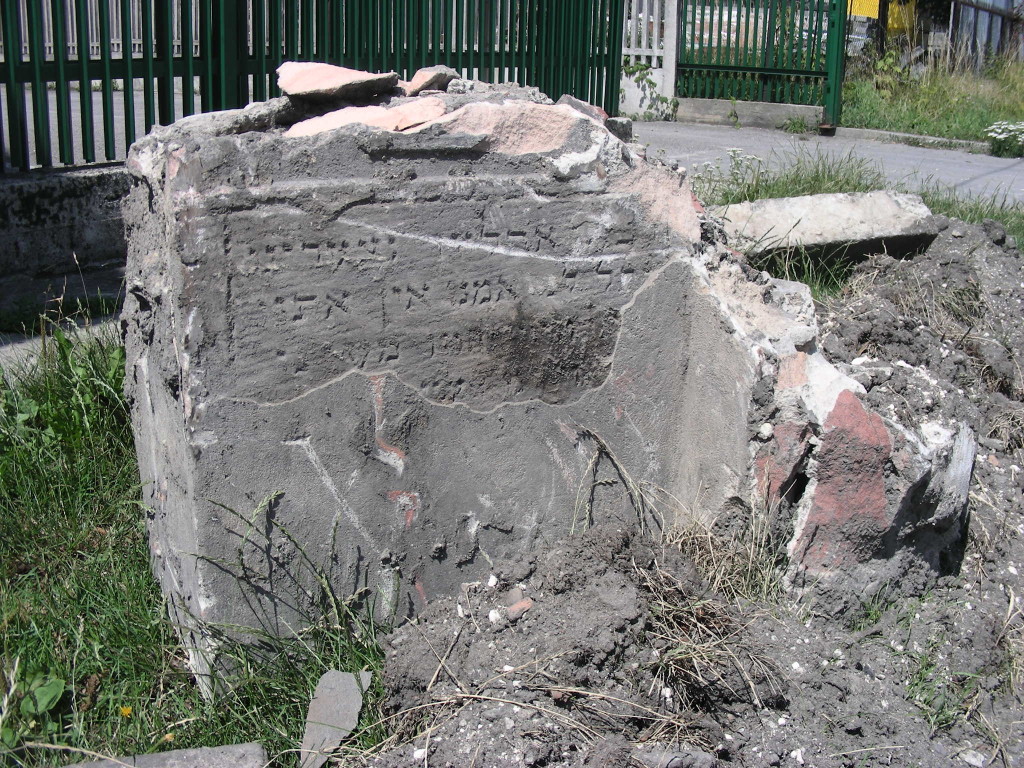 Conducting the research concerning the Topiol family in Jędrzejów, we found some of the missing matzevots. Sadly enough, as it was very common all over the country during and after the war, they were used as a building material. Deprived of their symbolic significance, the matzevots served as bricks to build up a small bridge at the outskirts of Jędrzejów.

As we found it out when the bridge was under renovation, there was a chance to save some of the matzevots. Some 20 fragments of broken tombstones were found. Hebrew inscriptions were still visible.

Jędrzejów mayor took it seriously enough to stop the work at the construction site. The heritage conservator was asked to take over and decide what should be done next. The decision was taken that the fragments lying around should be collected and the place marked with a plaque. This was done some weeks after.

Together with Omer Barak, the descendant of the Topiols from Jędrzejów, we continue to search for the information upon the Jędrzejów Jewish population. So far, some new fragments of the matzevots were found on the othe construction site close to the railway station.