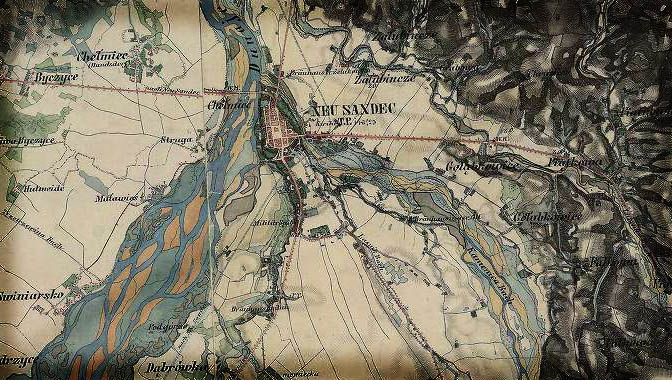 The term “Galicia” used to describe  a large crescent-shaped area stretching roughly from Krakow to Romania, north from the Carpathian Mountains. Though nowadays it is divided between Poland and Ukraine, the name of the region was coined in the 18th c. when it was a crown land of the Austro-Hungarian Empire.

Inhabited by a variety of nations (Poles, Jews, Austrians, Ukrainians), for ages it was a melting pot of cultures. Galicia is a former home to a very vibrant Jewish community known as “Galizianers”.

A distinctive feature of Galicia were the so-called “shtetls” – small towns inhabited exclusively or mostly by Jews. Numerous Galician Jews conducted small businesses, lots of them were craftsmen and peddlers. At the same time Galician Jewry had its strong inclination towards science and education – four Nobel prize winners originated from this community. Speaking predominantly Yiddish, Galician Jews formed a very diversed group, comprising different religious and political options of Judaism – from Orthodox Jews to assimilationists and zionists.

One can still discover traces of Jewish culture in small places such as Łańcut, Dąbrowa Tarnowska, Bobowa, Rymanów, Lesko as well as in sizable towns of Nowy Sącz, Tarnów, Rzeszów and Przemyśl.