Everyone who either reads press articles or watches TV broadcasts in Poland will easily notice that one of the most contested topics concerning the country’s  last decades history is the Poles’ attitude towards their Jewish neighbours. Obviously, in the communist Poland an honest and thorough discussion on the subject was virtually out of the question. It is only after the time of political transformation that the issue has finally been brought to light. This triggered the process of revising national myths and distortions and allowed for discovering historical facts hitherto unknown.

The subject of Jedwabne, the country town in the Eastern Poland, where Poles murdered several hundred Jews is particularly striking; especially since before the massacre both communities had lived like neighbours and shared the ups and downs of daily existence.

The list of places where neighbours hunted their neighbours is constantly expanding. It is not so much the commonness of these murders but its character that is most horrifying: more often than not the persecutors knew well their victims.

What is specific to the accounts of wartime atrocities in Poland is the complexity of roles assumed by those who had contact with Jews. Saviours that risked both the lives of their own and their families could just as easily change into murderers craving for ‘Jewish gold’. By contrast, virulent pre-war anti-Semites often took an active part in rescuing victims of the Holocaust. More than 6,000 Poles were honoured by the Yad Vashem with the Righteous Among the Nations medals; tens of thousands of people who helped in the rescue never received any symbolic reward.

Who were those people who went against the grain of the indifferent or openly hostile majority and took the decision to save the lives of others? Their picture, as represented by the accounts concerning the Righteuos, is rather varied. Their motives, views and beliefs differed. What they shared, however, was their incredible courage.

One of the most unbelievable wartime accounts I have come across so far is the story of the Frankiels. This Jewish family from Opoczno were saved by a Polish peasant, Stanisław Wróbel, and his family. 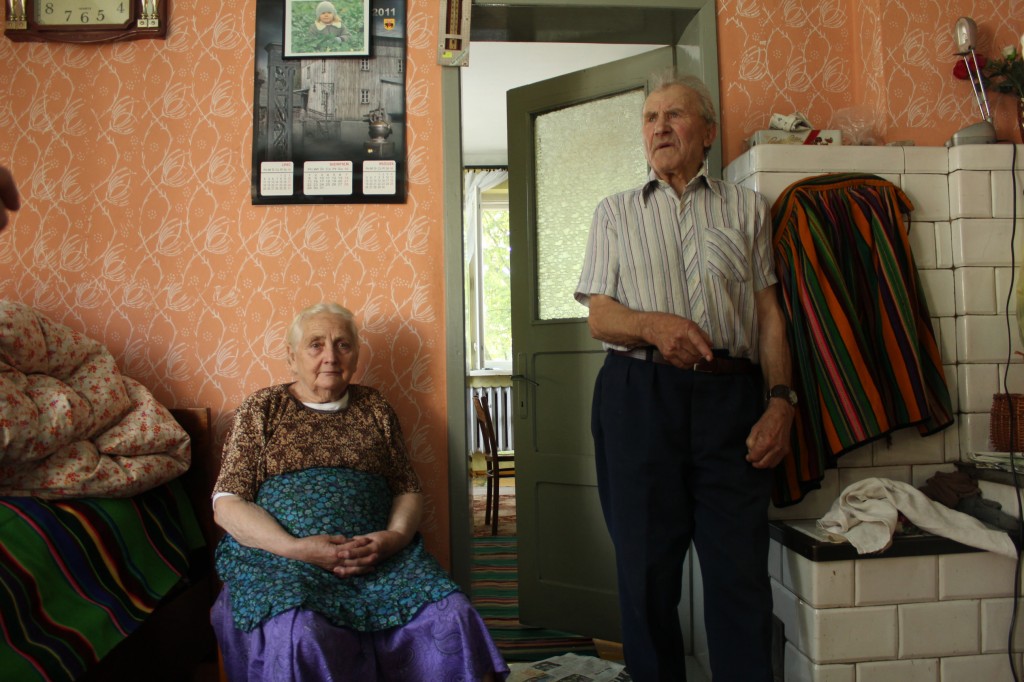 In the small village near Opoczno (central Poland) the Wróbel family had given shelter to the Frankiels for more than two years. They kept them in a hiding place that was dug specially for this purpose under the barn. Four members of the Frankiel family had had to lie in a closet-sized lair for more than 800 days. The persecuted and their saviours took extreme precautions not to be denounced: they could hardly trust anybody, even the closest of neighbours.

Herszel Frankiel was 10 when he could finally leave his hideaway. I met him 65 years after that in Warsaw, during the conference organized by World Federation of Jewish Child Survivors of the Holocaust. We decided to pay a visit to the Wróbel family and their eldest member Stanisław in particular, to whom Herszel and his family owed their lives. The situation was quite extraordinary. The majority of both the rescuing and the rescued had already died over the years. In addition, the meetings between the Jews and their saviours proved to be rather rare. 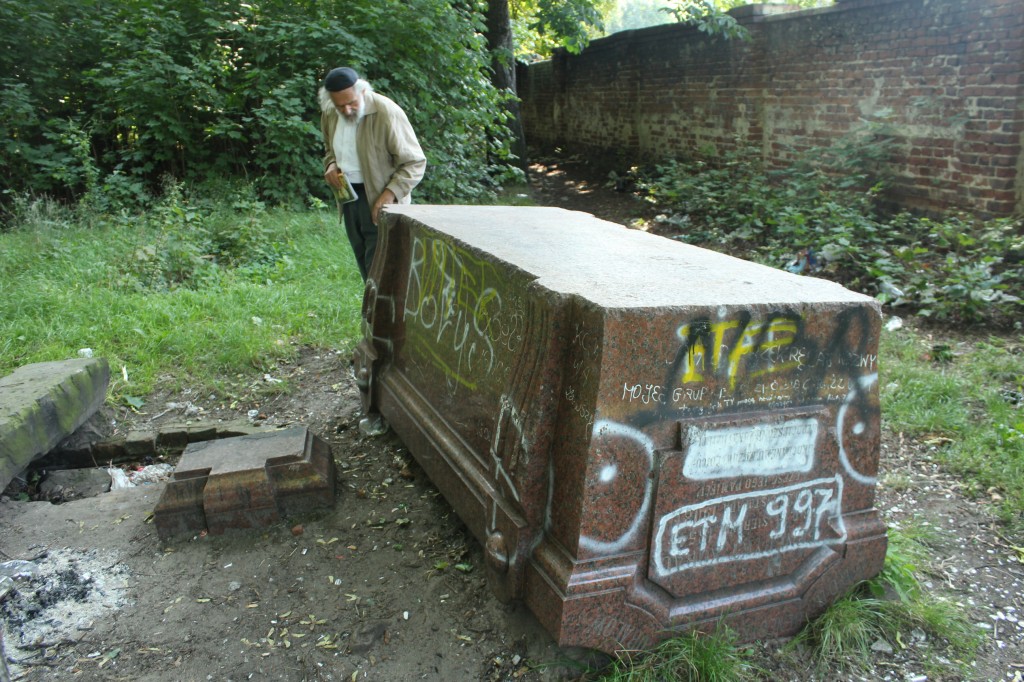 Before we set out to visit the Wróbels we decide to see the Tomaszów Mazowiecki cemetery, where a considerable number of Herszel’s relatives are buried. One of the largest preserved Jewish cemeteries in Poland is still waiting for someone who would both take care of the site and eradicate local vandalism. Despite the fact that the preserved gravestones have been described and catalogued by Benjamin Yaari-Wald, it is almost by miracle that one can find the grave one is looking for. Thickly covered with vegetation, the place is more like a primeval forest than a necropolis. 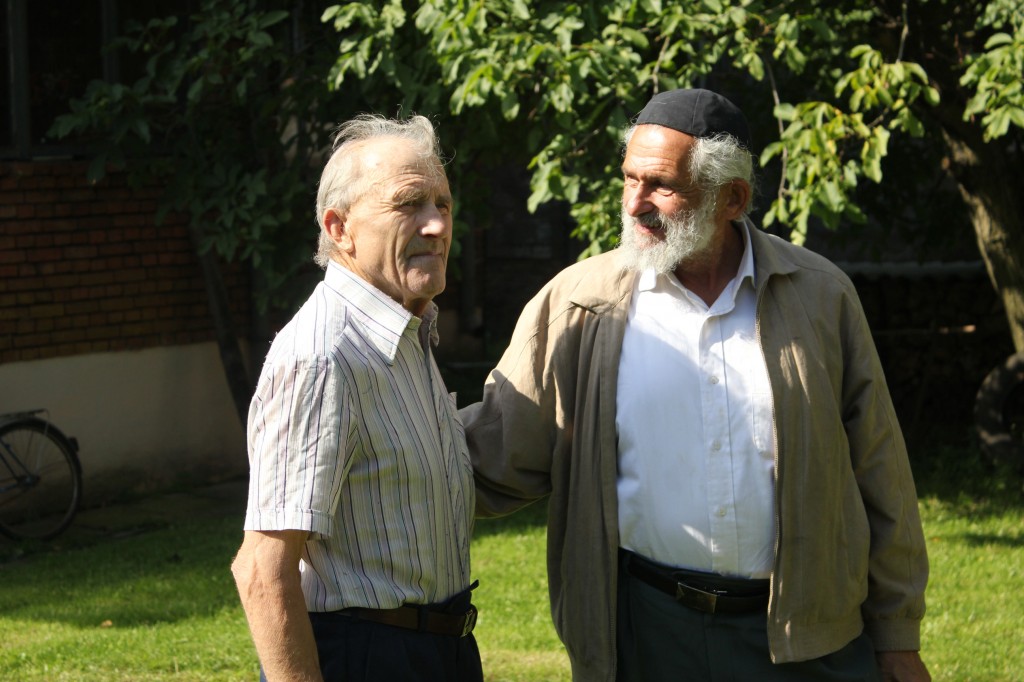 The saviour and the survivor, in the Wróbels’ backyard, 2011

We set out from Tomaszów to meet the Wróbel family, with whom Herszel has occasionally stayed in contact since the end of the war. Despite his ripe old age of 91, Stanisław Wróbel still takes care of his family’s farm. His wife, only a little younger than he is, seats us at the table and urges us to taste her home-made cake. As we are recalling the times of war, the seemingly improbable story of survival takes tangible shape. Mr Wróbel displays no cheap heroism as he reveals what made him help the Frankels: ‘We were paid to help them. It was really hard to survive the war, we had almost nothing to eat. In order to feed both families, I used to ride 12 kilometres on horseback to get some flour at the mill’. The Jewish money runs out very quickly. In spite of the life threatening consequences, Mr Wróbel decides to keep the Frankiels at his place. What made him take such a heroic decision? ‘I would never have done it if it wasn’t for my Christian faith’ Mr Wróbel says under his breath. 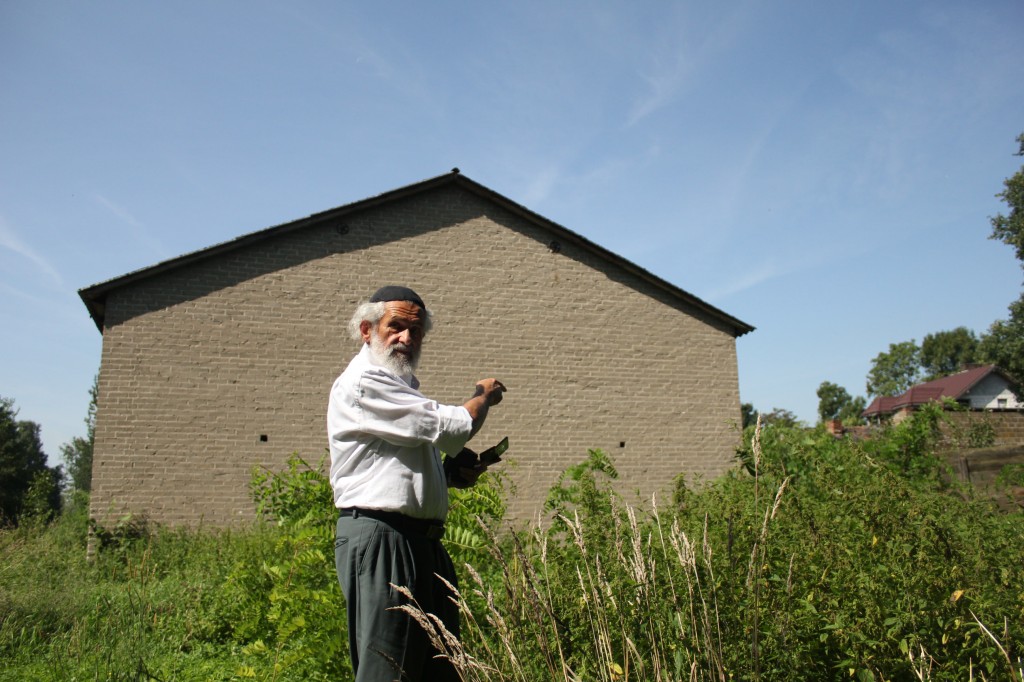