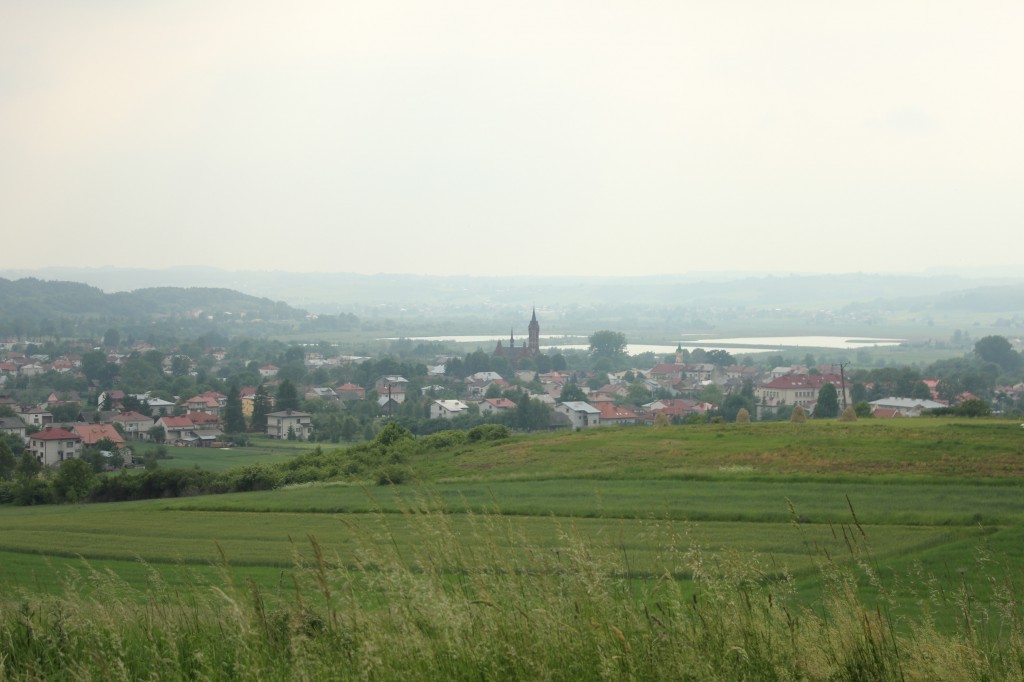 I went there to find out more about Maria Sękowska’s relatives. The story behind it is typical of Galicia and goes back to the turn of the 19th and 20th centuries. A young woman at the time, Maria decided to cross the Atlantic and follow in the footsteps of the thousands of Poles, who, in search of a better life, set out for America and embarked upon a long voyage with a stopover on the notorious Ellis Island.

I was first contacted by Maria’s close descendants, her daughter and granddaughter. After many years of making plans and arrangements they finally made the decision to see the place they had heard so much about. Prior to their visit to Kołaczyce they asked me to track down the Polish branch of their family.

I was fortunate enough to find their relatives rather quickly. As I knocked on her door, Wanda Jędrzejczak, my clients’ cousin, could hardly believe her luck. Finally, she was going to see her American relatives, whom she had not heard from since the mid-fifties, when they sent her a set of expensive cutlery. Over the years, Wanda and her family had been using it on special occasions to celebrate Maria’s memory. This cutlery was the only thing they had to remember her by.

The market square in Kolaczyce

The family reunion was arranged to take place in June 2011. In her home, Wanda hosted a few generations of her extended Polish family. She also offered hospitality to her American cousins, who were treated and greeted in a traditional and welcoming Polish manner. The tables were heavily laden with various dishes and the celebrations went without end. We managed to steal away for a moment, however, and do some sightseeing in Kołaczyce. Thus, we visited its major landmark, St Anne’s Church. This monumental church dates from the beginning of the 20thcentury and is seated right in the heart of the town’s picturesque and renovated market square. Next to the church the beautiful presbytery is to be found, the residence of the local parish priest, who keeps a watchful eye on his parish registers. But that’s another story… 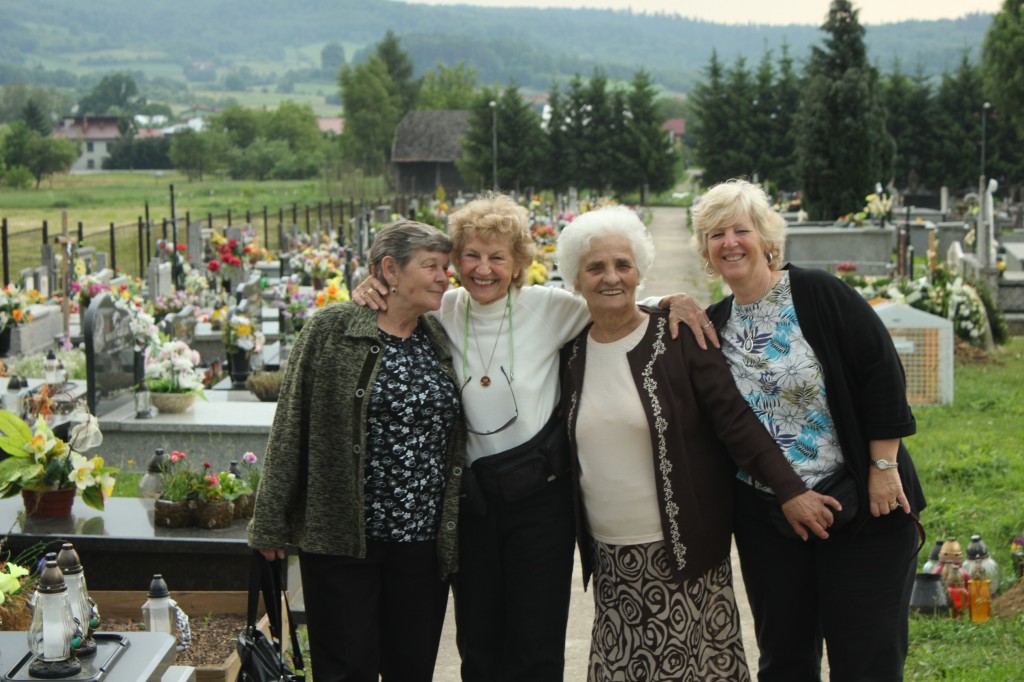 A visit to Kolaczyce cemetery 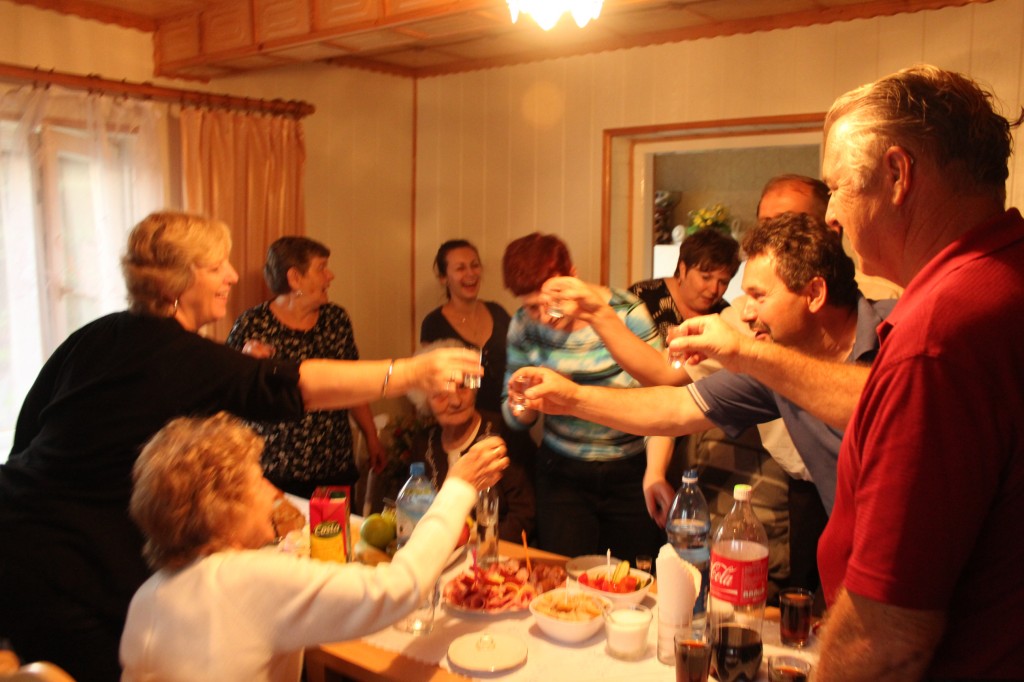 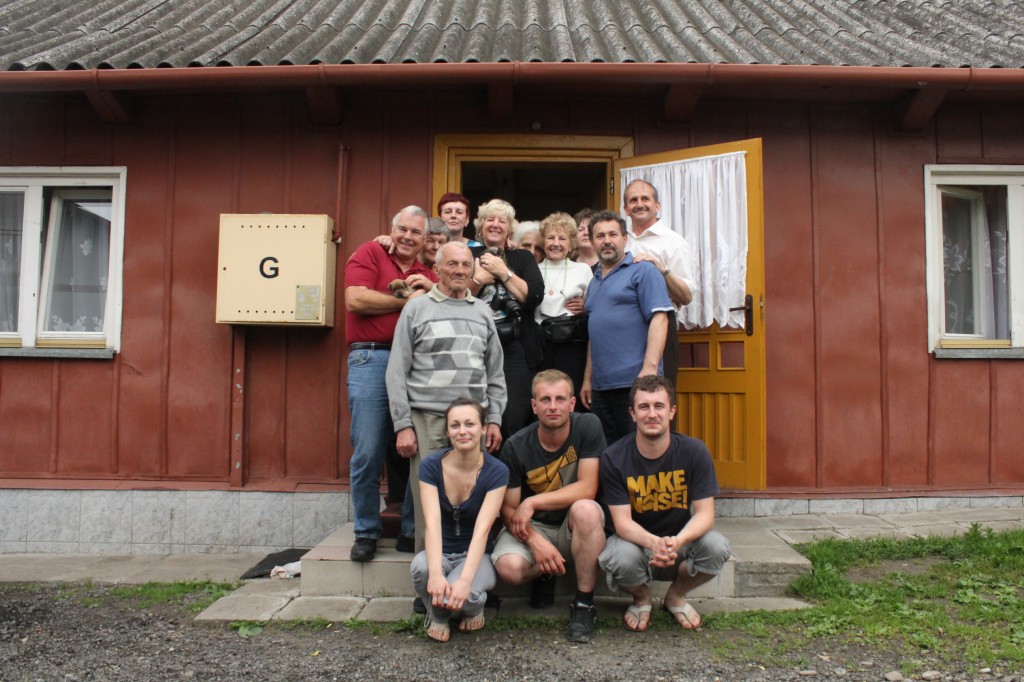 Three generations and two nations together. In front of Wanda’s wooden house. 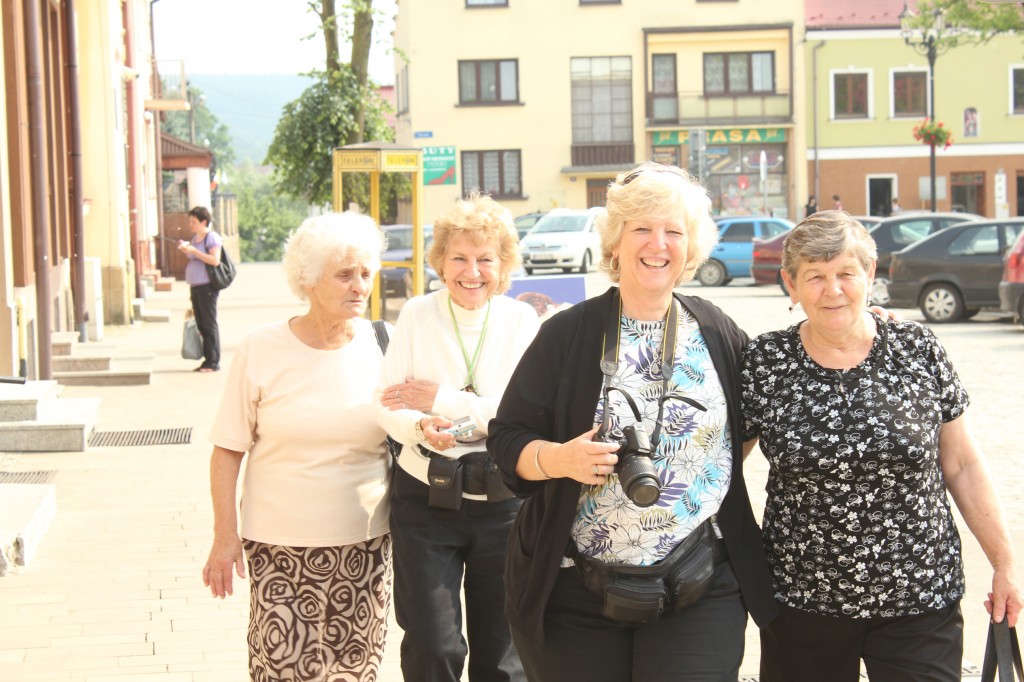 Two parts of the family reunited